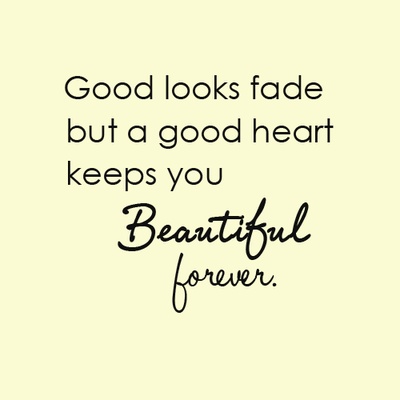 My Uncle Bobby is a gruff ~ not a mushy gushy guy
or least he never used to be.

I think he has mellowed with age, but I will go back about 20 years or so.

One weekend at the farm, we were all gathered,
more than likely for a meal and conversation.
I was in my late 20’s – pushing at 30 and single.

After supper we were all sitting around
and the conversation went towards relationships,
why was I still single?

I just shrugged my shoulders and said something to the effect
that whoever was going to sweep me off my feet better have a pretty big broom.
My heart had been broken a couple of times and you build that wall around you
a brick higher and a brick deeper each time.

My tough uncle spoke up and said ~ I think that the guy that get’s Lori
will be very lucky ~ she is the total package
smart, pretty, and knows what she wants in life.

Well you could have knocked me over with a feather
good thing I was sitting on the floor at the time.

I think it’s not the things that are said to you,
but who says them that matters most.

It’s the unexpected ~ the surprises in life that put that spring into your step. 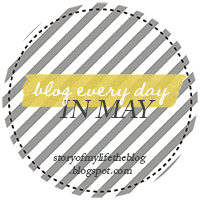 Email ThisBlogThis!Share to TwitterShare to FacebookShare to Pinterest
Labels: family, life, May, memories

What a lovely thing to say Lori and I bet you were very suprised ..... sometimes it's not the things that people say but the things that they don't say and that we never hear ! I'm so glad that he spoke up....it would have been so awful if you had never known what he thought wouldn't it ?
Have a lovely weekend ..... I'm not doing a thing, just watching the dust settle everywhere !!!! haha XXXX

I so agree Lori. That kind of genuine compliment from someone like your Uncle would feel so powerful. Probably because you knew he wasn't one to give fake compliments. It also seems like the timing was rather sweet. There's a certain vulnerability when we're single and those kind of comments feel so good to a young woman :)
Leslie (Gwen Moss)