I am not a car nut ~ I know what I like
and if it is a pretty colour then all the better
Trev was quite put out when I posted on Monday
about the week-end and said that the truck was a '67
I stand corrected ~ it is a '68
and although the only Ford I said I would drive in
would be a Mustang ~ I do get into the truck
because it is pretty!
Because of my snafu on the year ~ I decided to dedicate
and entire post to it.... 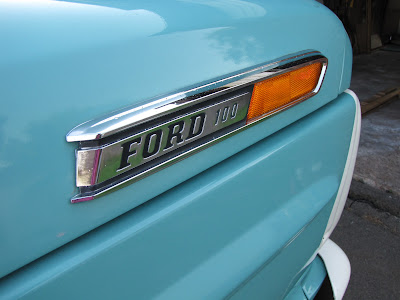 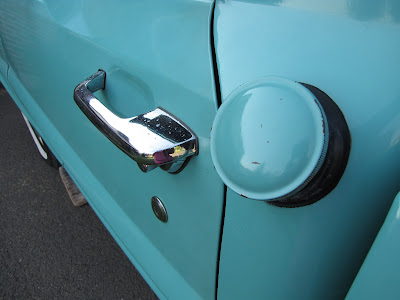 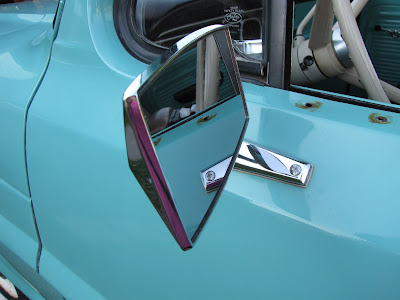 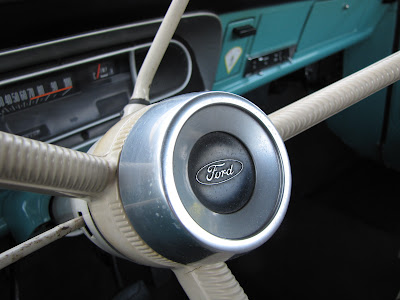 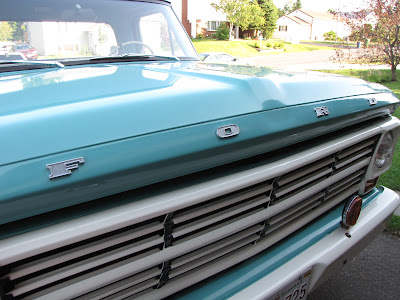 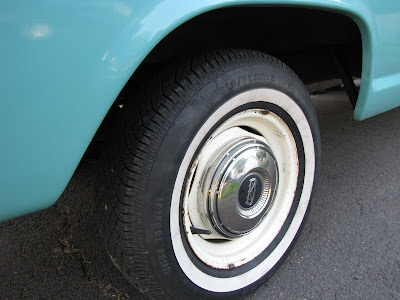 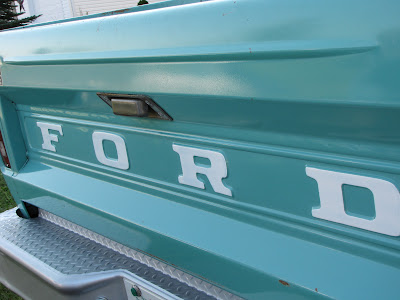 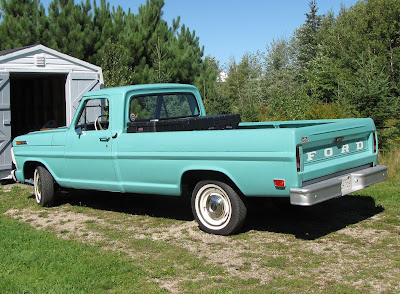 Nice truck! I can imagine that it would be fun to tool around in during the summer. Boys and their toys! Don't make any mistakes about them at ALL! Too funny!

I'd say a photoshoot is crying to be made with that truck ;)

Your husband has a nice truck! I know of a Facebook page for these trucks if he is on Facebook: Fixem Your Way 1967-1972 Ford F100. If you or your husband knows of anyone with Mercury pickups, they're also welcomed in the group, as some members have Mercury M100s as well. Your blog is great, as I've read some of your latest posts as well. I came across the blog by doing a search for lunar green, and have no regrets reading the post! My best!

We just bought our 1968 Ford (250), and it is lovely! The Lunar Green color is more of a turquoise, and I love riding in it with Hubby. Also love driving it. Soooo fun! Thanks for the post. :)