so......
remember the end of January
and I was on vacation
and it was so cold that I did not want to get out of my jammies
or leave the house for necessities like
bread, milk or wine??

are you following me
do you know where I am going??

you see where I am going now ~ right 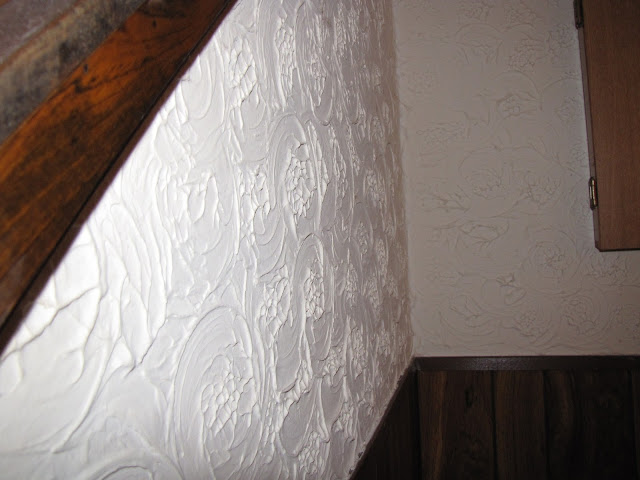 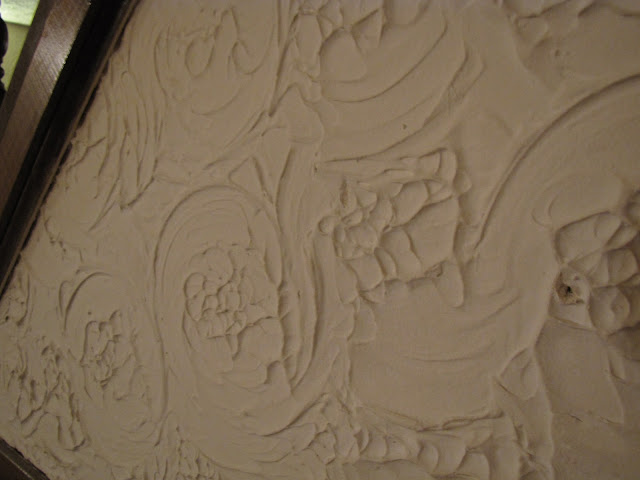 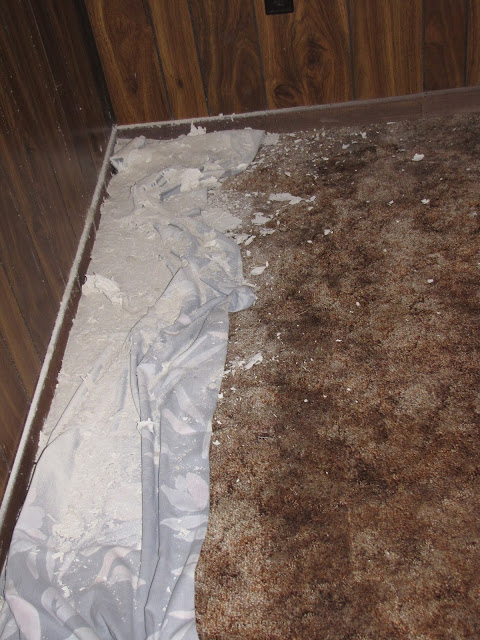 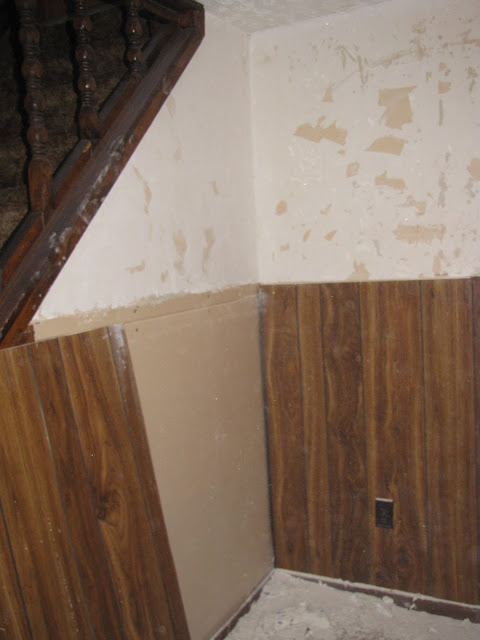 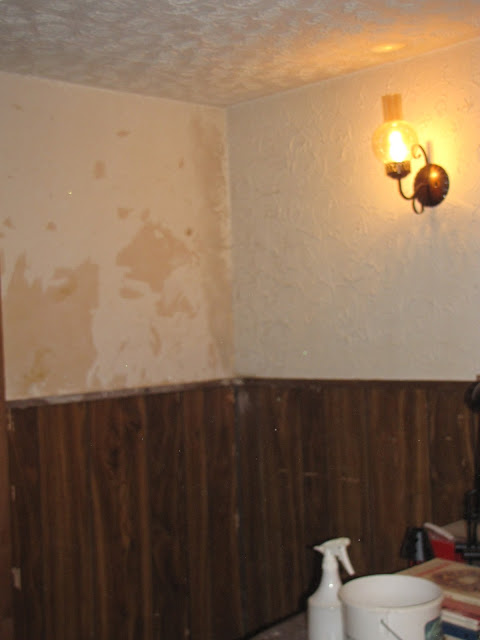 then Trev came home and said
oh ~ you are removing the panelling too
yes I am! 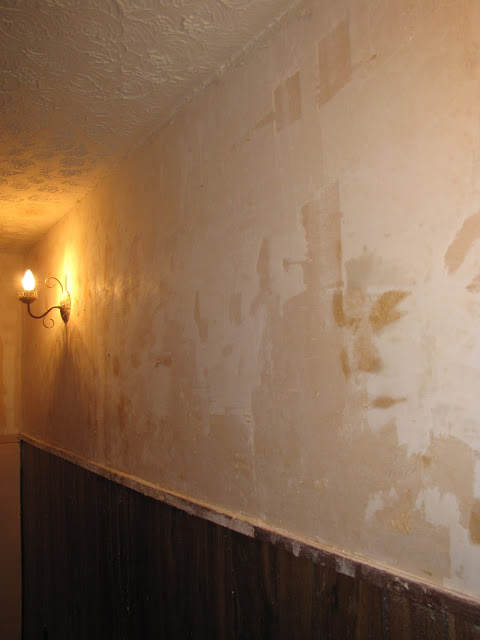 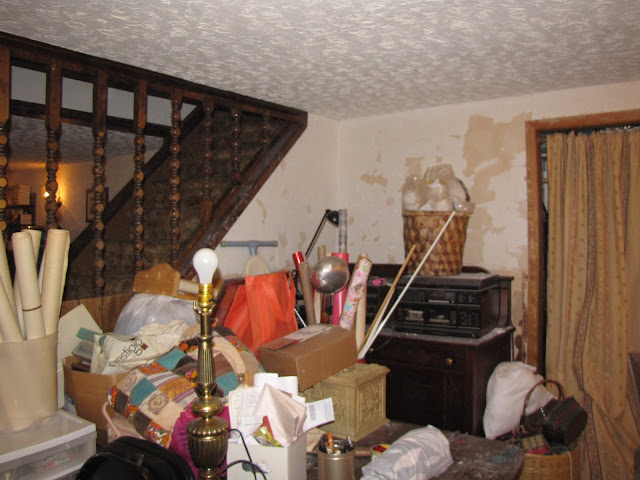 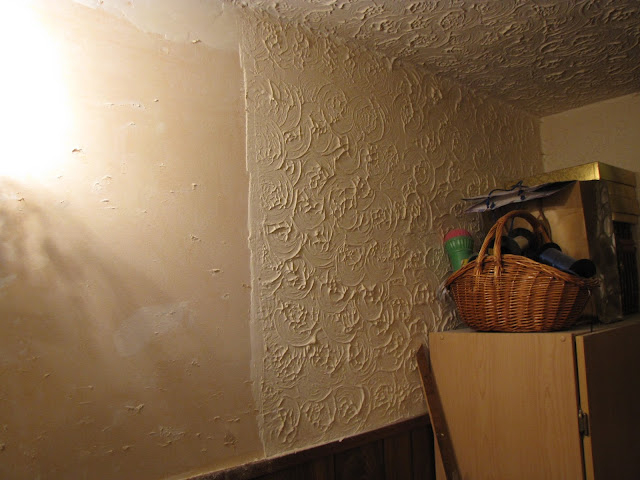 
then we can also see if this was all worth it

before we venture to.... 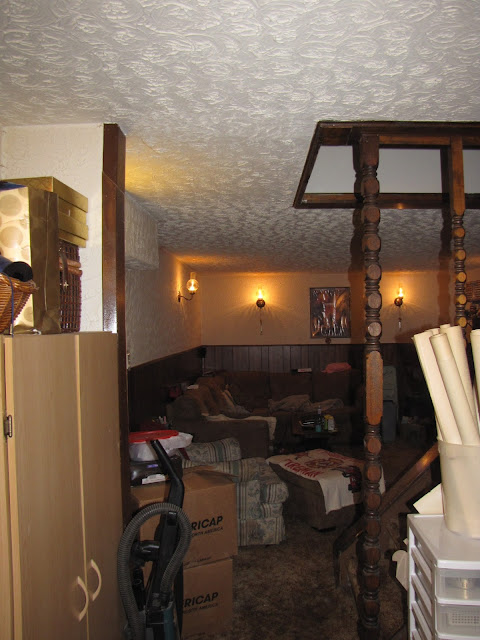 Hope you are having a fantabulous weekend!

Wow, that's quite a project Lori, I'm impressed that you've done any of it, to be quite honest!! What a great space though, lucky you :) X

Oh Lori,
That is a job and a half .....thank goodness we never had to tackle Artex ( that's what it's called over here) It is the one thing that people don't want to inherit in a house !! You have done so well and just think how great it is going to look ...... you have to have the horrible part before the good I'm afraid but, it looks as if you have broken the back of it. Please show us the after photographs although, I know that could be a while ! XXXX

Wow that does look like quite a big project, Lori! Good for you for taking the first steps to getting it done! I see lots of fabulous potential in the making! Keep us posted, I love to read about a good home improvement project! Have a wonderful week! xxoo

Lori, I had to chuckle when i read your disclaimer. I love the idea of being good at the 'before' stuff. I can relate. Anyway, whew, what-a-job-WOMAN! I'm impressed, I'm not good and things that take days because I get tired and want to quit, tee hee. Keep going it's going to be fantastic!
Leslie (gwen moss)

Uh girl that is major work. Like MAJOR. I am a diy person and I would have added water too. Can't wait to see the end result.

Wow ! what a job getting all that Artex off those walls. i remember it only too well, In England it was all the rage, mainly on ceilings. Dust harbours I called it. You had great courage to tackle it by yourself, plaster dust gets everywhere. We have a big painting project due to start soon. and I'm not looking forward to the mess. 'Bon courage' as they say here in France. I look forward to seeing the finished result.