If you have been here for any time at all
you know how much I love items that have been handed down to me
from family members. 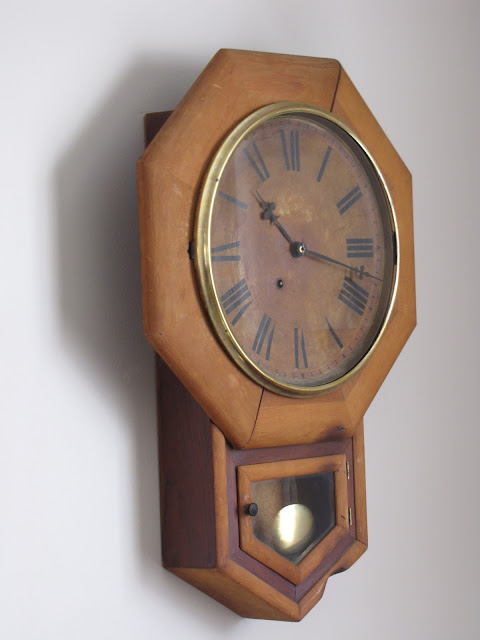 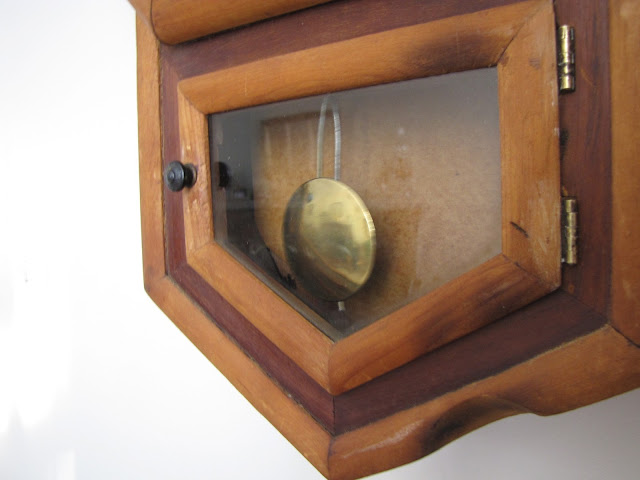 it hung in our dining room at home and eventually was moved to our rec room
as I do believe that Dad was planning on refinishing it. 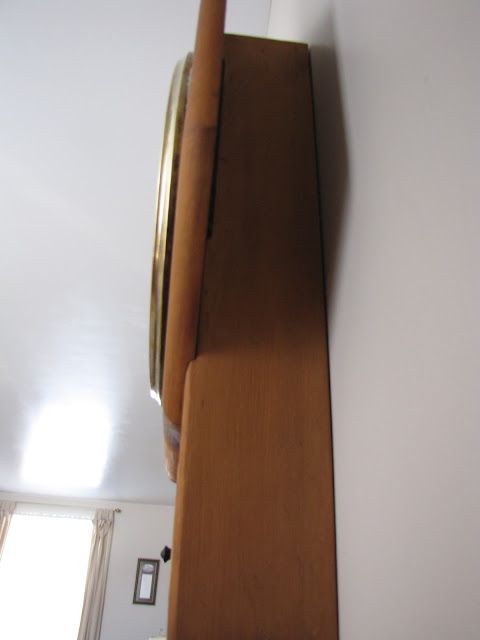 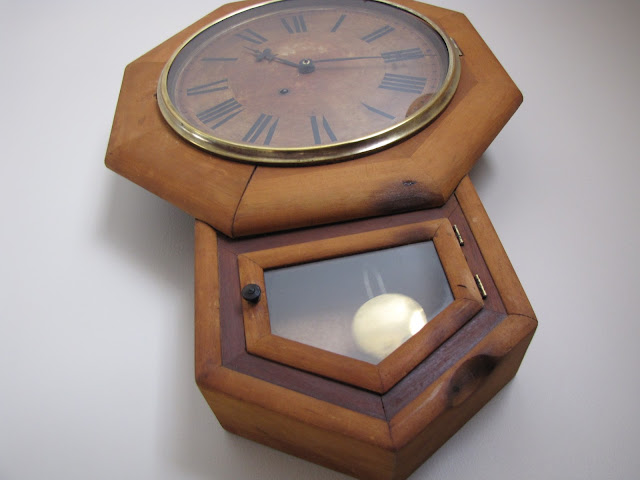 it was passed on to me when Trevor and I moved in together
and although it no longer worked
I still loved it and the history it held.

so once again it goes tick tock tick tock 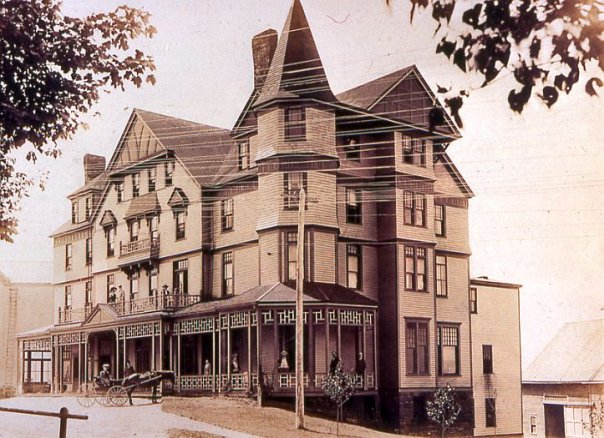 this is a shot of the hotel in it's heyday
if I remember correctly, I believe that it caught fire
and had to be levelled ~ I think it happened in the 50's or early 60's
but I am awaiting confirmation from a local historian.

Another little thing that makes me smile
and that is a good thing!

What a lovely story Lori and a beautiful family piece to own. We have a clock very similar to yours ......... I love the old hotel....... I just wish that all old buildings could survive but I know thats not possible !!
Have a great week Lori. XXXX

That is SOOO cool! And what a sweet treat from your honey!

What a beautiful heirloom piece to have in your home, Lori! I love that your sweet husband had it all spruced up for you too. I'm sure you'll treasure this for years to come!

What a lovely story Lori. I love that last image also.
Thank you also for popping by over at mine xx

I love pieces with a story... especially like this one. And how nice of hubby to get it fixed. Those men in our lives really know what makes us happy :)
xo
Leslie

What a wonderful piece of your family history, Lori and how sweet of your hubby to get it all fixed up for you! My sister has a big round oak table that was my grandmothers, when I sit at it I think of all the memories that were made around the table from many generations in our family. I'm sure you have lots of memories around that clock too! Hugs and love, sweet girl! xxoo

Love pieces that have a history! He sure is a keeper to get it fixed for you! What a sweetie! Looking forward to visiting on a more regualar basis. Miss you!