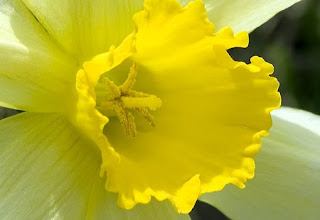 I love flowers
anyone that knows me
knows this... 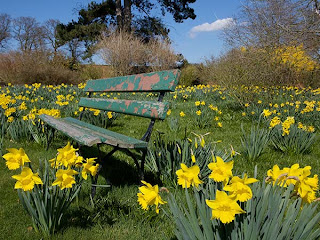 Spring is also my favorite season 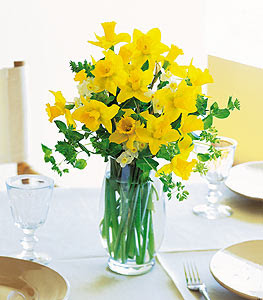 watching everything wake up 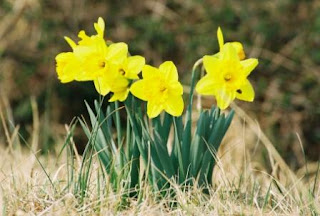 poking their little heads out of the soil 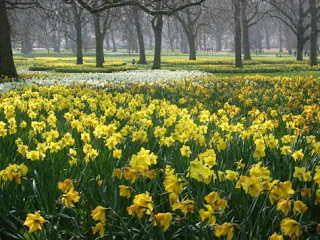 seeing if the coast is clear 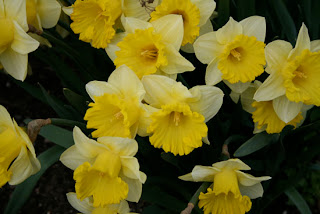 the splash of yellow 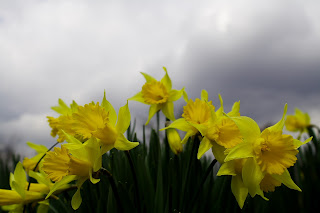 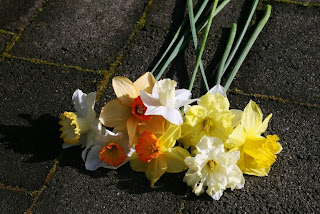 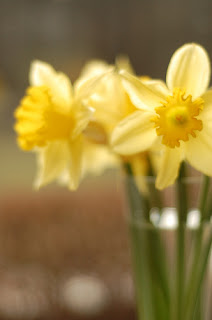 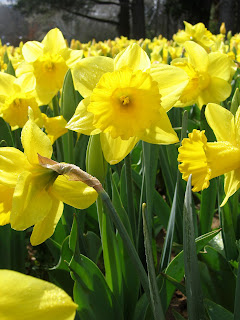 rising up to greet the day 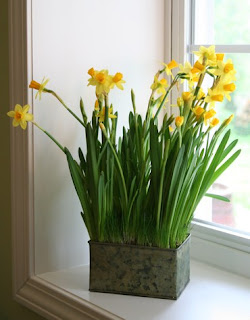 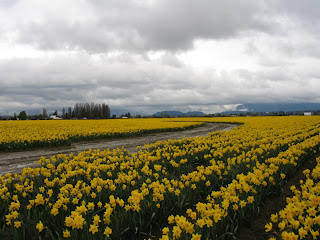 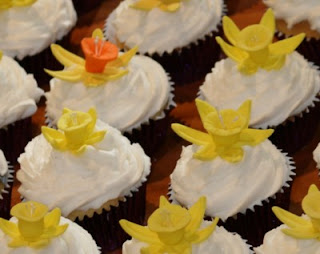 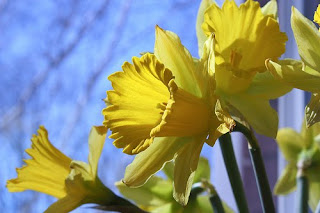 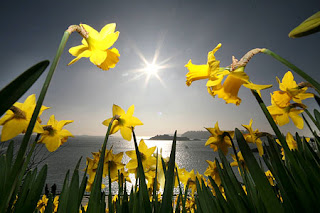 a time to give 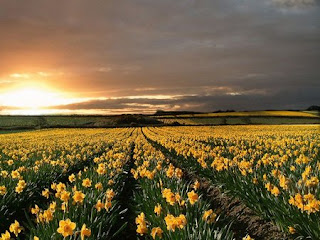 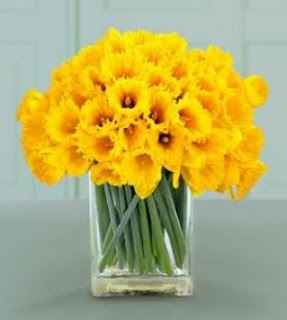 The History of Daffodil Days

The Canadian Cancer Society's Daffodil Days began in Toronto in the 1950s.

A group of Canadian Cancer Society volunteers organized a fund-raising tea and decided to decorate the tables with daffodils. The bright, cheerful flowers created an atmosphere that seemed to radiate hope and faith that cancer could be beaten.

Soon these gatherings came to be known as Daffodil Teas.

Jackie Brockie, a volunteer who also worked at Eaton's, supported the idea of Daffodil Teas and arranged for Lady Eaton to host a Tea in the store. Seven hundred women attended.

Another volunteer, Lane Knight, arranged for restaurants to give part of their receipts to the Society on the opening day of the residential canvass in 1956. Canadian Cancer Society volunteers were on hand at local restaurants to give patrons a daffodil when they paid for their meals as a token of appreciation. The sight of so many daffodils being carried around the city created interest. When some recipients tried to pay for the flowers or make donations, the Society quickly realized that the sale of daffodils would generate additional revenue.

Canadian Cancer Society volunteer Fran Shannon headed the team that planned the sale of daffodils on the streets of Toronto the following year. An anonymous donor paid for 5,000 blooms to be flown from British Columbia where the growing season starts earlier than in Ontario.

The daffodils were an instant success, raising more than $1,200 the first year. The idea was adopted by other provinces across Canada as well as the American Cancer Society.

Today the Canadian Cancer Society is the world's largest purchaser of daffodils and the growers in British Columbia must arrange their plantings to accommodate the Society's spring demand for live blooms.

In late March and early April, Canadian Cancer Society volunteers are busy delivering and selling bright, yellow daffodils to help raise money in support of the fight against cancer.

The daffodil is the Canadian Cancer Society's symbol of hope. The bright, cheerful blooms are sold every year and mark the beginning of Daffodil Month.

This years Daffodil Days run from

Get out and support this cause

They are such happy flowers. I'm lovin' the sugar variety you showed;)

How sweet that the cancer society adopted the flower. It is bright and cheery and a symbol of hope. Love the little history lesson about them.

LOVE the cause, and love those daffs! Nothing makes me more giddy in the spring than seeing those bright faces lifting up to the sunshine!

What a fabulous post and the cause is wonderful! Love all the photos too! Have a great day, Lori! xxoo :)

these are all so beautiful. and an incredible cause!

Those daffodil cupcakes certainly caught my eye. What beautiful pictures!